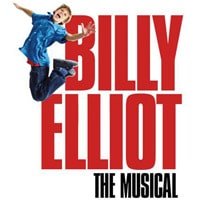 Billy Elliot the film, was released in October 2000 and it broke box office records worldwide then. It was nominated for an incredible 3 Golden Globes, 3 Oscars and 13 Baftas. Billy Elliot the show, saw the film’s original award winning creative team join forces with music legend Sir Elton John, and together they created a spectacular musical sensation.

The story of Billy Elliot is both witty, inspirational and thoroughly heart-warming! Don’t miss it! The performance can be seen in the Victoria Palace Theatre in London.