Arsenal is one of the best teams in the Premier League and it has been so for ages. They are always a team fighting for the win in both the FA Cup and in the Premier League, and sometimes even in the Champions League. Currently they are the team with most FA Cup victories in all of England, and they are a squad packed with national and international star players.

Arsenal F.C. is a Premier League football club based in Holloway in London, England. Arsenal was founded in 1886 and it was the first football club of the south of England that joined the Football League in 1893.

Arsenal is one of the most successful English football clubs, the club has won multiple competitions, cups and titles including five League Championships, 12 FA Cups, in the 1990s and in the 2000s Arsenal won a Cup Double and it was also the first London club that reached the UEFA Champions League  Final. Arsenal is one of the most popular and supported football club world wide that was also named the fifth most valuable association football club in the whole world.

The official home ground of Arsenal is the Emirates Stadium located in Holloway in London, England. The stadium was opened in 2006 and it has the capacity of 60432 spectators which makes it the third largest football stadium in England after Wembley and Old Trafford. The stadium hosts international football matches as well as different events and music concerts.

With Arsenal being one of the most valueable football clubs in the entire world with more supporters than almost anyone else, there is for sure loads of people who would like to experience and see Arsenal in one of their matches at the Emirates Stadium. At Viagogo you can find tickets not only to the Arsenal matches played at the Emirates stadium, but you can also find tickets for Arsenal matches played elsewhere, including FA Cup and Champions League matches.

With Arsenal being one of the best football teams in the world there are loads of people coming to this page to find out how to watch Arsenal and their different matches played online. Unfortunately there is not one single answer to that question, because there are so many channels fighting for the broadcasting rights to their matches, and not only to the Arsenal matches, but to all matches in which English teams are involved. That is why there are different solutions on how to watch Arsenal online, depending on whether the match you want to watch is a Premier League match or a FA Cup match or maybe a Champions League match.

Press the link beneath to find information on how to watch the kind of match you would like to watch online.

Go Gunners and if you have questions, comments or feedback, just write a comment! 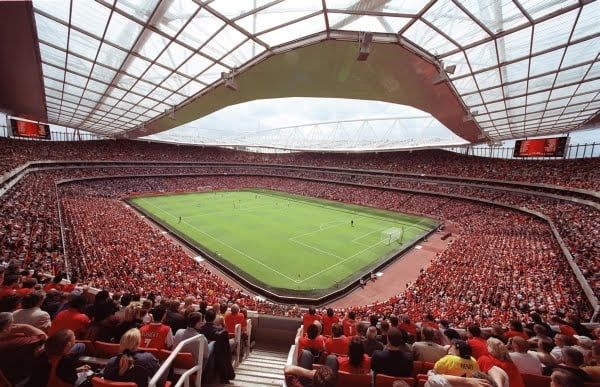