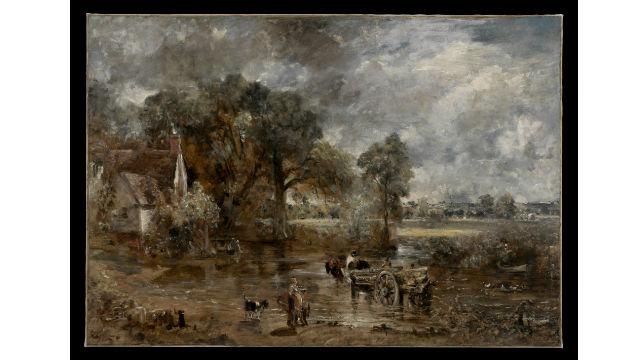 The Victoria and Albert Museum displays the work of Constable on a temporary exhibition currenly, so if you are interested in this painter, make sure to visit the museum before January 11th, 2015.

John Constable is an English painter who was born in 1776 in Suffolk and he died in 1837 in Hempstead, London in England. John Constable was one of the most outstanding romantic painters of England. He is best known for his landscapes paintings of Dedham Vale. Dedham Vale is the area surrounding his home better known as “Constable Country”. His most famous paintings are Dedham Vale which he painted in 1802 and The Hay Wain from 1821. At the exhibition visitors will have the chance to discover the paintings and art works of Constable. The exhibition is focused on the hidden stories behind of his better known paintings. The exhibition displays one of his most loved and popular pictures such as the The Hay Wain and oil sketches painted outdoors. The other highlights of the exhibition the thousands of etchings he collected. The Constable: Making of a Master will be shown at the Victoria and Albert Museum in the central of London in England. The exhibition will take place from 20th September 2014 until 11th January 2015.

If you want to know more information on the exhibition and the museum check the official site.