Have you ever been in the capital of England, London? If the answer is no, then here is the time, because you have to see the British capital at least once in a lifetime. But, if you have been here before and you liked it, it worth to visit again this city until 20 October 2013, because you could see a fantastic exhibition at the Tate Britain about the famous English painter, Lowry’s works.

Laurence Stephen Lowry lived between 1887 and 1976. He mostly spent his lifetime in Pendlebury, he worked and lived here for 40 years. His several paintings and drawings show this city. Lowry was one of the most outstanding painters of 20th century. One of his favorite topics were the North West England industrial life. He painted lots of people, and because of this, these men look like matchstick figures, but he developed perfectly the figures, talent is just radiate from his works. The today very famous works, the “marionettes” have just appeared after his death. His paintings are often dark and grey, like the English industrial life in the 20th century. His contemporaries and the critics sometimes didn’t appreciate his works, but the public today adores Lowry’s style.

If you like to see Lowry’s works in real life, visit the capital of Great Britain, London, where you can see these majestic paintings until 20 October 2013 at the Tate Britain. Have fun! 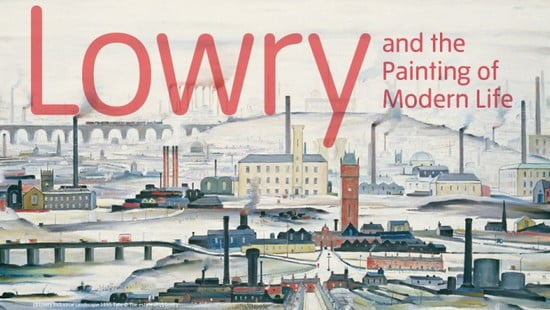