Who hasn’t heard about the one most famous sex symbol of the 20th century, Marilyn Monroe? The number one pin-up girl, who passed away too young, shows her charm again to the public. If one visits the National Portrait Gallery in London, between 29 September 2012 and 24 March 2013, can see the rebirth of Marilyn Monroe in a wonderful exhibition.

The reason of this occasion, which is the first time in the history of the National Portrait Gallery when they make an exhibition about Marilyn Monroe, is the 50th anniversary of her death. However the star was only once in the United Kingdom, English people have decided to find the relationship between Marilyn and the Great Britain, and their results are amazing.

Visitors can see the famous British photographer, Cecil Beaton’s pictures about Marilyn in New York in 1956, but there are lot of other photos from Hollywood, made by Anthony Beauchamp and Baron. 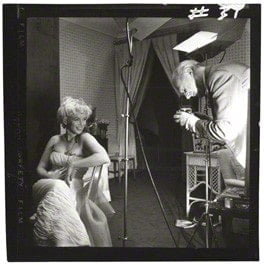