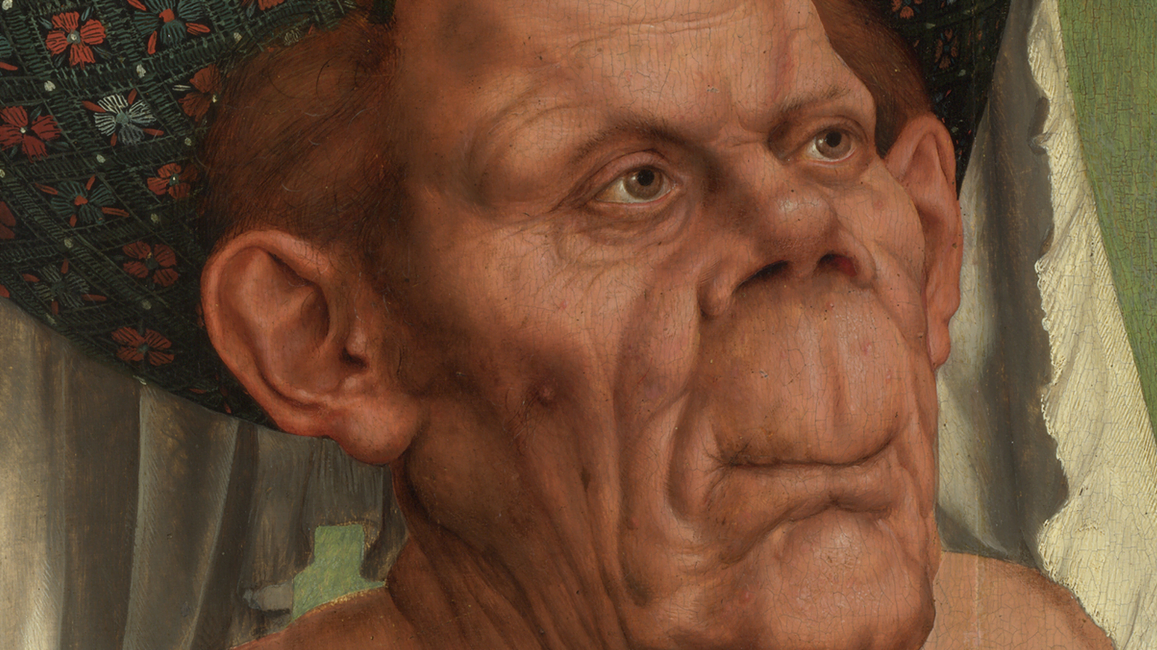 One of the most famous paintings in the National Gallery in London is The Ugly Duchess, painted by Quinten Massys. The painting is from the 16th century. Between March 16th and July 11th in 2023, there will be a free temporary exhibition in the National Gallery that deals with how they dealt with beauty and satire in the renaissance.

There will be several interesting paintings exhibited together with The Ugly Duchess in this temporary exhibition. Finally, you can watch this painting together with “An Old Man“, which will be borrowed by the gallery for this exhibition.

This is a fantastic opportunity to see how painters dealt with aging, beauty, satire, and similar topics during the renaissance.

The Ugly Duchess: Beauty and Satire in the Renaissance

Bartolome Bermejo is the name of a Spanish painter from the 15th century whom we only know for less than 20 works. Still, what we know of this guy and his works are so amazing that he is still unparalleled for his work during his lifetime, especially his oil-painting work.

From June 12th until September 29th, you can take a look at this awesome temporary exhibition in the National Gallery in London portraying seven of his rare works. And guess what, only one of these works has been in England before, while the other six works will be on English soil for the first time ever. In other words, this is a fantastic chance to learn more about Bartolome Bermejo and to see seven of his works (which is more than 33% of what we know he made) at the very same time.

This is a free temporary exhibition, meaning that you can enjoy it without paying a single penny, just like you can with most other permanent exhibitions in the National Gallery in London!

The full press release about the exhibitoin

Here you can see the full press release about the exhibition. The text is copied from the homepage of the National Gallery.

From the glimmer of a jewel to the sheen of armour, Bermejo’s ability to capture light, colours and textures in oil painting was unparalleled in 15th-century Spain.

Though fewer than 20 works by the artist are known and much of his life remains something of a mystery, Bermejo’s paintings set him apart as a technically skilled and visionary master.

Bringing together seven of his rare works, six of which have never been seen in the UK, this exhibition explores how Bermejo drew inspiration from Netherlandish painting, using illusionistic effects and a rich colour palette, to become one of the greatest artists of the Spanish Renaissance.

At the heart of the exhibition is Saint Michael Triumphs over the Devil, widely considered the most important early Spanish painting in Britain. Its technical skill and excellent state of preservation are even clearer following its recent year-long conservation treatment.

This will be a unique opportunity to see Bermejo’s first documented painting, ‘Saint Michael’ alongside his last, the recently restored ‘Desplà Pietà’ (1490) from Barcelona Cathedral, which has never been lent outside of Spain until now. Also on display will be Bermejo’s only other signed masterwork, the ‘Triptych of the Virgin of Montserrat’ (probably 1470–75) from the Cattedrale Nostra Signora Assunta in Acqui Terme, Alessandria (Italy).

Since the start of September 2018, the exhibition “Courtauld Impressionists: From Manet to Cézanne” has been on display in the National Gallery. It will be there until January 19th in 2019, so you still have some months left to visit the exhibition if it sounds interesting.

It is the first time since 1948 that the National Gallery will portray important Impressionist paintings from the Courtauld Gallery, and who knows when it will happen again. If you visit the exhibition you will discover more than 40 works from Daumier to Bonnard.

Visitors will also get more knowledge about Samuel Courtauld, and get an understanding of his vision, taste, and motivation for selecting the images he selected.

Cézanne’s Card Players and Man with a Pipe

Some of the most famous paintings that will be on display from the Courtauld Gallery are Cézanne’s Card Players and Man with a Pipe, Toulouse-Lautrec’s Jane Avril in the Entrance to the Moulin Rouge, Renoir’s La Loge, Manet’s A Bar at the Folies-Bergère and Seurat’s Young Woman Powdering Herself.

More information about exhibitions and other happenings in London can be found here.

Edgar Degas is a famous artist who lived between 1834 and 1917. His full name was Hilaire-Germain-Edgar De Gas, but most people refer to him simply as Degas.

The Burrell Collection in Glasgow, Scotland, holds one of the largest Degas collections in the world. Leaving Scotland for the first time together you can now see a collection of 20 pastels from Degas in this temporary exhibition in the National Gallery in London. Degas liked to experiment, and he fell especially in love with the pastels. For that reason, he stood out amongst the Impressionists, and that is what you can discover for yourself as you visit this exhibition.

Drawn in Colour: Degas from the Burrell

For more information about other exhibitions and events in London, look around here in our London Guide. 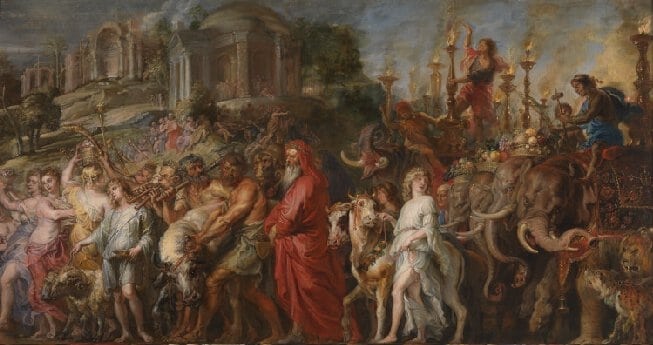 Would you like to see what children think and how they react as they see A Roman Triumph, a work created by Peter Paul Rubens in 1630? Come to the National Gallery in London.

Every year the National Gallery in London arrange a “Take One Picture” event. This year children in the UK have been presented to the work A Roman Triumph by Rubens, and based on this they have decided to create their own works and show what they noticed and felt interesting about the picture.

This might not be a traditional art exhibition, but it is brilliant in its own way, and it for sure helps bring art closer to children and youth.

The exhibition will open on June 6th in the National Gallery and it will remain on display till September 24th.

For more information on the exhibition, visit the official homepage.