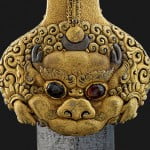 This exhibition will take place at the British Museum in central London. The museum will exhibit and explore one of the most influential dynasties of China.

The exhibition will let the visitors discover the golden age in China’s history. The display will show several exhibits from the time of the Ming dynasty. The Ming dynasty also known as the Empire of the Great Ming which was one of the ruling dynasties of China. The dynasty was ruling for 276 years from 1368 to 1644. In this period of time China was a really powerful country which established Beijing as the capital of the country.

During this time of China the worldwide known Forbidden City was built by the Ming dynasty. During the Ming dynasty China was a global superpower and had wide connections with the outside world. At that time Chinese artists absorbed several influences all over the world and created multiple beautiful paintings and objects. The exhibition will show many of these beautiful art works such as exquisite porcelain, gold, jewellery, furnitures, paintings, sculptures and textiles. The exhibition is in partnership with museums all across in China and many of the objects have never been seen before outside China. The exhibition will be open from 18th September 2014 until 5th January 2015. The entrance fee for adults is £16.50.