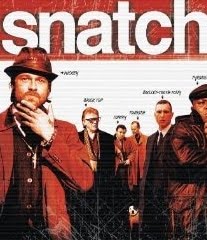 As London one of the most popular and famous cities in the whole world there are plenty of movies that are set in London so in this article we will show you the best and the most popular films that takes place in the capital city of England in London.

This film can not be seen on Netflix, but if you really like Sherlock, then why not watch the Sherlock BBC series on UK Netflix! 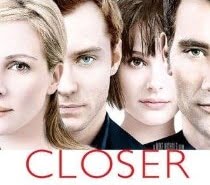 Our second movie from the list is Closer. Closer is romantic drama which was released in 2004. The movie was directed by Mike Nichols and it was written by Patrick Marber and it is an adaption of the award winning 1997 novel Closer by Patrick Marber. the movie stars Julia Roberts, Natalie Portman, Jude Law and Clive Owen. The whole movie takes place in London and tells the strange story of four strangers that are connected in different ways. The movie shows love, passion and drama at the same time. The movie was nominated and won several awards.

The Harry Potter
The Harry Potter movies also features some London locations including King’s Cross station, London Zoo and so on. Harty Potter is a series of 7 novels written by J. K. Rowling. They made movies based on the books and they are among the most popular movies. The movie shows the life and the adventures of the young wizard Harty Potter and his friends. The movie stars Daniel Radcliffe as Harry Potter, Rupert Grint as Ron Weasley, Emma Watson as Hermione Granger and so on.

Snatch
Snatch is our other favourite movie that was shot in London. Snatch is a comedy crime movie which was released in 2000 and it was written and directed by Guy Ritchie. The whole movie takes place at the different locations of London. The movie stars Brad Pitt, Benicio del Toro, Dennis Farina, Vinnie Jones and Jason Statham.

This film can be seen on UK Netflix. If you want to know more about watching Netflix from abroad, just click the link.

Love Actually
One of the most popular romantic movies is the Love Actually. Love Actually is a British Christmas themed romantic comedy which was written and directed by Richard Curtis. The movie shows ten separate stories of love and the development of the characters. The film is completely set in London 5 weeks before Christmas and it ends with the holidays. The movie stars Hugh Grant, Liam Neeson, Colin Firth, Laura Linney, Emma Thompson, Alan Rickman, Kiera Knightly, Martine McCutcheon, Bill Nighy and Rowan Atkinson.