Leonard Cohen has been out touring the world several times and he is a man with a fantastic talent and a beautiful voice. During the summer of 2008 Leonard Cohen had a concert in the O2 Arena in London and if you would like to watch it online, then you can do so until March 14th.

The Norwegian TV channel NRK has the concert available on their website, meaning that you can watch it their easily until March 14th in 2016. The recording available lasts for 40 minutes and during this period you can listen to some of the biggest Leonard Cohen hits from history.

You can watch the full Leonard Cohen concert recording at the NRK website: https://tv.nrk.no/program/KOID75007914/leonard-cohen-live-i-london

Notice that if you want to to listen and watch the concert recording mentioned above you will most likely get an error message because the program is supposed to be available to Norwegians only, but if you are a big fan of Leonard Cohen you will try to fix this. Luckily there is a guide on how to watch NRK from abroad online, so just press the link to get more information on how it is done.

On the video you can watch: 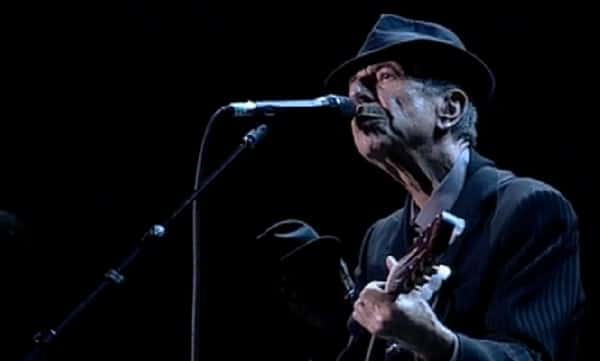 As your probably understand this is a fantastic Leonard Cohen recording, so we hope you will like it, and that you will also get a glimpse of London as you listen to this video which was made in the O2 Arena in London.

If you first watch the Leonard Cohen recording you might in fact enjoy a documentary currently available on the NRK website as well in which there is an episode putting a lot of focus on the St. Pauls Cathedral in London. You can watch it here.