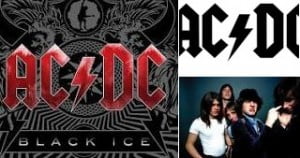 From the middle of April 2015 AC/DC will be back with a world tour in which the band will also stop for a concert in London.

AC/DC is an Australian hard rock band which was formed by the brothers, Angus and Malcolm Young in 1973. Through the years the line up of the band has changed so its current line up consists Angus Young, Phil Rudd, Cliff Williams, Brian Johnson, Stevie Young and Chris Slade. AC/DC is still considered as one of the best and most influential rock bands in the history of music who is also considered the pioneers of heavy metal.

So from the 10th April 2015 AC/DC will be on a world tour which supports the band’s 16th studio album Rock or Bust. With the Rock or Bust World Tour the band will give in total 44 concerts world wide, 28 shows in Europe and 16 in North America.

The AC/DC concert in London will take place on Saturday on the 4th July in 2015 at the Wembley Stadium. Tickets for the concert are already available.