If you would like to get to know the history of Britain in a different way, then you better head over to the Garrick Theatre between February 14th and September 1st in 2012. On display is the history of Britain in this theater piece named Barmy Britain. The performance has earlier been on display in Birmingham, and not it is finally coming to London.

The official description of Barmy Britain from their webpage is as follows:
We all want to meet people from history. The trouble is everyone is dead! So it’s time to prepare yourselves for HORRIBLE HISTORIES live on stage with the world premiere of BARMY BRITAIN!

Have you ever wondered why the Romans never won MasterChef? What if a Viking moved in next door? Would you lose your heart or head to horrible Henry? Will Parliament escape gunpowder Guy? Enrol yourself at Georgian Crime School, dare to dance the Tyburn jig and find out what a baby farmer did!

If this sounds interesting, check out Barmy Britain in the Garrick Theatre now. The address of Garrick Theater is: Charing Cross Road, London WC2H 0HH. If you are not so interested in Barmy Britain, why not visit some other London theatre for a nice musical or theater performance? Information about London musicals and theatres. 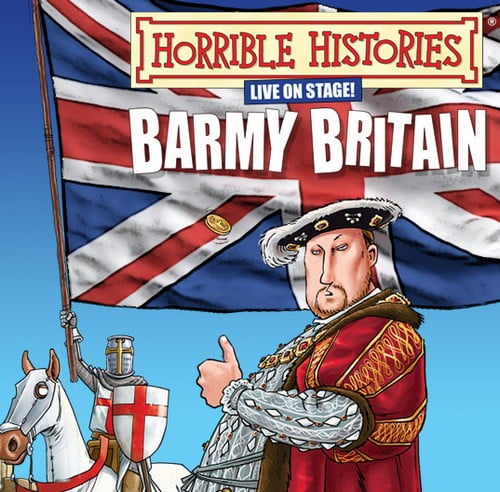