In 1968 John “Ozzy” Osborne, Tony Iommi, Terence “Geezer” Butler and Bill Ward founded the band Earth, and the other is history. After a little time they recognized there is already a band with the same name and Ozzy hated this name, so they changed the band to Black Sabbath. Why am I writing about it? Because the Black Sabbath will go to a winter European tour and they will visit the capital of England, the amazing London on 10 December 2013, to shake up their fans with a hilarious concert.

The band had lauds of member changes in 40 years career, but now we finally can see the original members, except from the drummer, and if it’s not enough, the band released a new album, the 13. The critics and fans really love this album too. This is the band’s 19th studio album.

Do not think about it too much, organize a lovely couple days in London, what must see at least once in a lifetime. Walk around the capital with your friends or love. View the most famous attractions, for example the Big Ben, the London Tower, the Buckingham Palace and the river Thames with the wonderful bridges. And after that have a great party with the Black Sabbath on 10 December 2013 at the O2 Arena in London! Have fun! 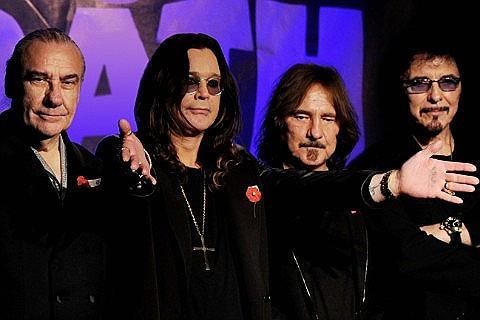