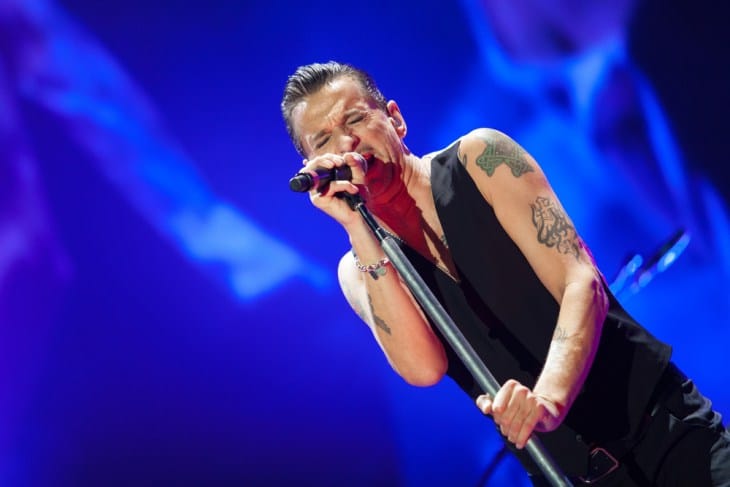 Would you like to listen to Depeche Mode in London in 2017? Come to the Depeche Mode concert at London Stadium on June 3rd!

We all know that Depeche Mode is a UK band and that is why their concert at London Stadium will be a fantastic event. If you want to be there at this important concert in London on June 3rd, read on. There are still tickets available for this London event, but you should hurry up, because even the second hand tickets for this event will be sold out quickly.

Depeche Mode will release their new album named Spirit in the spring of 2017 and following their new album release they will go on a big tour in Europe. During their tour they will visit lots of interesting cities in Europe. Differing from most other bands they will not only visit the most famous and important cities in Europe, but Depeche Mode will also visit cities such as Malkassa in Greece, Ljubljana in Slovenia, Bratislava in Slovakia, Warsaw in Poland, Cluj in Romania and Minsk in Belarus. If you want to be there at any of these concerts in addition to the Depeche Mode concert in London, buy your tickets using the link further down.

You can buy tickets for all the different Depeche Mode concerts using the link above!

More info about the Depeche Mode concert in London

As mentioned earlier the Depeche Mode concert will be arranged at London Stadium. This is the Olympics Stadium which was created for the Summer Olympics in 2012. It has been used as the home venue for West Ham United since the autumn of 2016 in Premier League. For football matches the stadium has space for about 60,000 spectators, but when Depeche Mode will enter the stage there might be as many as 80,000 people actually watching. Will you be one of them?