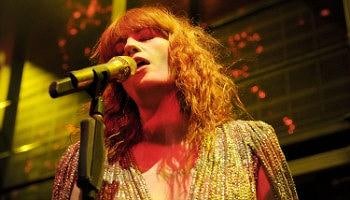 If you like indie rock, you probably like Florence and the Machine. It almost feels as if they have been around for ages already, but their first album titled Lungs was only released on July 6th in 2009. Since then the band has enjoyed a great success and they have been travelling all around the world quite some times since then. In the last months of 2012 they are out on the road again, and one of the stops will be in London.

If you want to be there at the Florence and the Machine concerts in London, or maybe you would rather be there at the concert in Exeter, Liverpool, Aberdeen or Coventry, you can buy tickets for all these concerts using the links further down.

Florence and the Machine London 2012

While in London, check out all the beautiful London parks, and if you look for some culture, visit the National Galley with all its beautiful paintings. If you have good remembrance you might also remember the fact that Florence and the Machine visited London earlier this year as well, as they had three concerts in London in March. Maybe you missed out on all three of them, but now you have the chance to listen to your favorite band again as they come to perform in London again in December.