With two London teams in the Champions League group stage everyone in London watched their TVs yesterday evening or sat in a pub watching Arsenal play against Olympiacos and Chelsea play against Porto. Well, the most lucky ones were at Stamford Bridge watching Chelsea beat Porto 2-0. 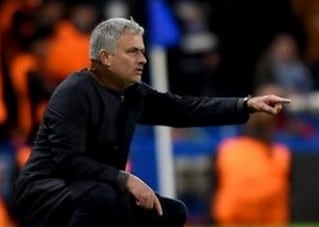 Before the evening started there was a fear that the Champions League would continue without more than 1 team from England in total, and that team would be Manchester City. But, luckily due to the heroic matches played by Arsenal in Greece and Chelsea in London the English football is not in a crisis, because 3 out of 4 teams qualifying for the Champions League knockout stage is not that bad at all really.

In Greece were Arsenal played Giroud became the big hero with his three goals, while Chelsea as a team played heroic football and Mourinho was cheered on from the stadium as the team managed to qualify for the knockout stage.

We are really happy about this and that means that we will be able to watch some really interesting Champions League knockout stage matches in London in the early months of 2016 as well. That means that you have one more reason to visit London in 2016, and right now if you are in London we encourage you to check out and visit all the different Christmas markets in town and maybe celebrate the success of Arsenal and Chelsea there.

Tonight Tottenham, a third team from London, will play against AS Monaco at White Hart Lane. Spurs will qualify for the knockout stage in the Europe League no matter what will happen tonight, but hopefully Harry Kane and Christian Eriksen will play some magnificent football and lead their team to an easy victory and a comfortable group stage victory tonight.

If you want more information about the Premier League or maybe you are already preparing for the Euro 2016, just click the links.

You can also read more about Premier League clubs in London here in our London Guide, so happy surfing!