The capital of Great Britain, London is that place, what must see at least once in a lifetime. The world’s most famous attractions can be found here, for example the Big Ben, the Buckingham Palace, the Tower or the London Eye.

Those, who come here, do not count on palm trees or sandy beaches, because this is the city of culture, fun and history. English people are famous about the special meals and habits, the wonderful museums and galleries where tourists can see unprecedented exhibitions, and hilarious concerts. In this summer those who plan their vacation to London, would have fantastic experiences, because the living legend, Neil Young will concert in the English capital, exactly at 17 June 2013 AND 19 August 2013 at the Peninsula Square.

The rumors are true, Ladies and Gentlemen, Neil Young, the Canadian superstar will concert two times to cheer up the audience in London, moreover at two very different dates, so if you don’t have time to visit England in June, you also have a chance for it in August, at the time of the next concert.

Neil Percival Young was born in 1945 in the Canadian city, Toronto. During his music career he was the member of several bands, the most famous is the Crosby, Stills & Nash (and Young). He has been soloist since 1971 with his backing band, the Crazy Horse. His last album is the Psychedelic Pills, released in 2012; people who visit the living legend’s concert would hear songs from this album too in London. Have a great time! 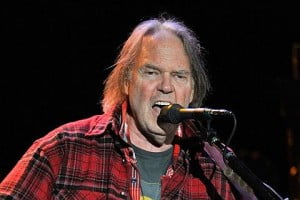