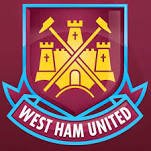 On August 8th and 9th it will be time for the kick off for the Premier League 2015-16 season. As always there are several teams from London in action and if you come to London for this weekend then the most interesting matches will be Chelsea vs Swansea City and Arsenal vs West Ham United.

The match between Chelsea and Swansea City will be played at 17.30 on August 8th at Stamford Bridge, in other words, at the home ground of Chelsea in London. The match between Arsenal and West Ham United will be a real London derby between the big favorites Arsenal (which is one of the big favorites to win the Premier League this season) and the little brother West Ham United. The latter match will be played on August 9th starting at 13.30.

This will give us all a great start on the upcoming season and we look forward to following the London teams as they advance in the 2015-16 season. Read more about Premier League clubs in London here.