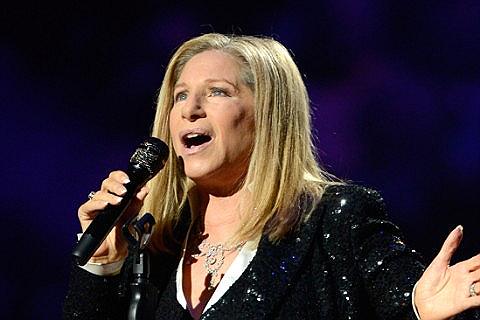 Who doesn’t know the famous actress-singer, Barbra Streisand? The twice Oscar-winner, three times Golden Globe-winner and multiple Grammy-winner artist is the best-selling female artist in America. Barbra Streisand was born in Brooklyn. She lost her father early, and her mother didn’t support her career as an artist.

Streisand is one of the artists, who won Oscar-Award as an actress and a singer too. I am sure; you would like to hear a legend in live. Here is the time, because the famous singer will visit some European metropolises, including the capital of England, London, during a European concert tour in this summer.

More good news for the English and London visitor fans: Barbra Streisand will have two concerts in the capital of the Island. The London concerts’ dates are 1 and 3 June 2013 at the O2 Arena.

Make unforgettable this summer. Organize a fantastic holiday the capital of England, London. Bring your friends, family or love with yourself. Visit the most famous attractions in London, for example the Buckingham Palace, the Tower or the most famous clock tower of the world, the Big Ben. View the guard changing in front of the Buckingham Palace. Taste the local specialties, like the fish and chips, or drink a jar of delicious English beer. London is the city what must see. And this holiday could be better with the concert of Barbra Streisand at 1 and 3 June 2013 at the O2 Arena, London. Have fun!