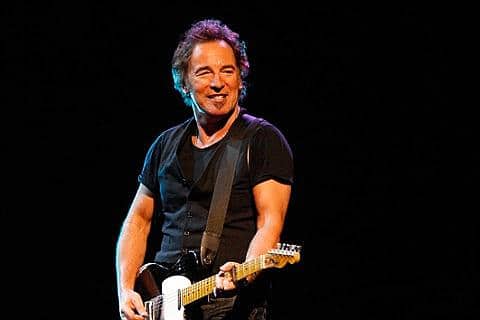 Here’s the new year and a new start with it – for everyone. This is a pretty good news for everybody, especially for music-lovers, because they will have a lot of opportunities in this year. A human don’t have enough time to enjoy everything that is good, so let us focus in one one person you for sure do not want to miss: Bruce Springsteen.

Mr. Springsteen counts as a veteran in the music life. He was born in New Jersey, 1949. He is an active musician since 1965. Despite that he fought a lot for the admission, the Born to Run album has brought the real success for the singer and his band, the E Street Band, just in 1975. The singer with the characteristic hoarse sound has just given a new album, the Wrecking Ball. He and his band going to start a world wide concert tour to show this fantastic job to their fans.

Moreover, the British people can call really lucky themselves, because they will have opportunities to see the Bruce Springsteen concerts in two different months, June and July.

Bruce Springsteen will say a short good bye after the British staying, but don’t worry, he will come back to perform in for example Belfast in July, so you can check out his concert there as well!