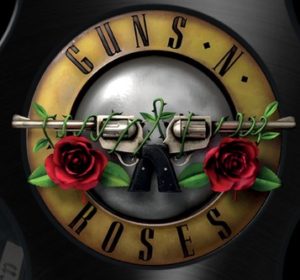 On June 16th and June 17th there will be arranged Guns N’ Roses concerts at London Stadium (in London)! Are you among the fans who would like to be there?

The London Stadium is a beautiful stadium created for the Summer Olympics in 2012. Since then it has been used for this and that, and since the autumn of 2016 it is the home field for West Ham United in London. The arena itself has not brought so much luck to West Ham United, but it will for sure be a fantastic atmosphere there as Guns N’ Roses come to perform on June 16th and 17th in 2017.

You can use the ticket link above to buy tickets for the events.

We will not be there personally as we are not so big Guns N’ Roses fans. We would much rather be there at one of the Adele concerts in London later in the summer, or maybe on of the Coldplay or U2 concerts. There are lots of events to choose from, so if you are a music lover then London is the number one city to reside in this summer!

In addition to their concerts in London Guns N Roses will also perform in Paris, in Prague, in Vienna, in Lisbon, in Madrid and lots of other cities all across Europe!